The annual Dunnes Stores Junior Tournament took place at Enniskillen Tennis Club last weekend and was open to all junior members and not just those who play competitions regularly.

The Novice Singles attracted many new young faces. Zara Welsh and Jack Rice enjoyed a see-saw battle which saw Jack clinch the first set in a tiebreak, before winning the second set 6-4. Scott Hood narrowly overcame Nelka Kupkova 5-7 6-4 10-6 with both children playing some very entertaining rallies. However, Nelka gained compensation in another tight match against Jack Rice taking the third set in a tiebreak 10-7. It was Matthew Shaw who took top honours in this event winning all of his matches with Scott Hood the runner up winning three of his four matches. 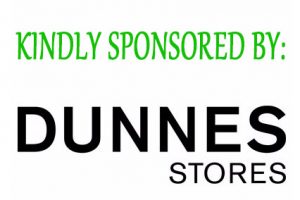 The U16 Boys singles was an enjoyable event Conor Egerton edged out Caleb Toal 6-4 6-3 for the runners-up spot. But it was Shane Kelly-Neill who clinched the top spot  winning both his matches.

The junior singles saw Jonah Balfour narrowly win the third set tiebreak against singles specialist James Robinson. The full score was 6-7 6-4 12-10 in what was the closest match in the entire tournament. The final was between the two boys who had most matchplay experience Sam Morrison and Kalan Deery, and it was the number two seed Kaelan who took the honours with a 6-4 6-4 victory. The consolation singles was won by Carla Smith who is one of the up and coming juniors at the club and is making big strides every year.

The senior singles saw Michael McDonald upset the number two seed Ciara Griffin 6-2 6-4 before going down to Declan McBride in a titanic tussle. Declan comfortably took the first set 6-1 before Michael came charging back 6-4 in the second and Declan just managed to hold on 10-8 in the third and final set. However, it was the experienced Eve Callaghan who beat Declan in the final in a match full of quality. Ciara Griffin beat Tom Kettyles 9-7 in a tight consolation final.

Eve Callaghan doubled up in the senior doubles when partnering Kyle Deery with three decisive wins in this event. Luke Dillon and Ciara Griffin filled the runners up spot with wins over Hannah Davis-Kunze and Declan McBride and Tom Kettyles and Michael McDonald.

The junior doubles was the closest event of the tournament with all three pairings winning one match apiece. Owen Kelly and Carla Smith turned in a magnificent performance to beat Jonah Balfour and Kaelan Deery 4-6  6-4 10-8. But with Sam Morrison and Charlie Cairns getting the better of Owen and Carla, it blew the event wide open and Jonah and Kaelan took this event based on the number of sets won.

Junior Co-ordinator John Griffin paid tribute to the local Enniskillen branch of Dunnes Stores for their very generous support over the past 4 years. It is so often the first junior competition that many of our juniors participate in, so it remains a very important event in our calendar. He particularly wished Luke Dillon well as this was his last junior competition and he has been one of the stalwarts of the club over the past decade.

It is easy for any children to get started in tennis by coming to our club nights any Friday night. There are three separate sessions consisting of fun games and coaching at 5.30pm (age 4-6), 6.15pm (age7-10) and 7pm (age 11-17) and being a member of any club is unnecessary.

Adults are welcome to try out  tennis for free on Tuesday nights any time from 8pm. More information is available on this site or by ringing 02866 322074.