The West of Ulster Junior Tennis Championships took place last weekend at Enniskillen Tennis Club. A larger than normal entry saw competitors descend on Enniskillen from all parts of Ireland including Dublin, Befast, Donegal, Sligo, Cavan, City of Derry and Galway. The local clubs of Irvinestown and Omagh were also well represented.  The packed programme consisted of 18 different events catering for juniors who play tennis regularly to those who only play now and again. With a range of food available, a great atmosphere was created in the clubhouse for the duration of this event.

We should thank the sponsor Innes Redmond of Lakeland Veterinary Services, Derrygonnelly for his continued support and to Monaghan Brothers as the main sponsor of the raffle

The U 16 and U18 Girls Singles finals were won in convincing fashion by Enniskillen’s Eve Callaghan overcoming Ballymena’s Kathyn Gaw and fellow Enniskillen player Ciara Griffin. Eve has an outstanding all round game that sees her make minimal errors but can still capitalise on any half chance given to her by her opponent to finish off a point. Coupled with her mental toughness, Eve is a formidable opponent and was fully deserving of her two singles victories. As if that wasn’t enough Eve partnered Dundalk’s Amberlie Collins to a fine win in the U18 doubles over sisters Amy and Ciara Griffin in a quality final enjoyed by all the spectators.

The U18 Boys Singles went to City of Derry’s Michael Hatrick who had a marathon match against Letterkenny’s Conall Murphy. Played at high intensity but with good humour, the spectators hugely enjoyed this one and for Conall it was a case of so near and yet so far. Serving for the title, the second set slipped from his grasp and it was Michael who clinched it in a tiebreak 7-6 before winning  the third and decisive set 6-4. Michael and Conall combined to take the U18 Doubles winning 6-3 6-4 in another high quality match over the county Donegal pairing of Sean O’Baoill and Charles Rodriguez. Michael’s brother Andrew overcame Downshire’s Drew McElrath to win the final of the U16 Boys Singles. Enniskillen’s Marcus Davis-Kunze narrowly lost to Cavan’s Gabriel Asare in a three set tiebreak in this event.

Kyle Deery (Enniskillen) put up a solid performance against Maxim Dobrynin in the U14 Boys Singles but missed out on a semi-final place. Drew narrowly lost in the final to Jason McMurray (ATT) 7-6 6-1 but gained compensation in the doubles when partnering Maxim to victory. The U14 Girls Singles went to Sarah Jane Ruttle over ATTs Kathyrn Gaw in a nail biting match with Sarah Jane clinching the final set 10-8.

The U12 Boys Singles went to Christopher Cusick in a three set thriller 2-6, 6-2 6-3 over Belfast’s Patrick Young. The standard of tennis from these boys at such a young age was remarkable. The Under 12 Girls Singles was narrowly won by Trim’s Emily O’Beirne from the number one seed Paige Hawthorne of Belfast in a quality match littered with long baseline rallies. The U12 Boys Doubles was won by Billy Cannon and Ace Rodriguez over local boy Kaelan Deery and Patrick Young with some excellent volleying displayed by the four boys.

The Novice Boys Singles was won by Enniskillen’s Jonah Balfour. In all three of his matches, Jonah was taken to three sets by Belfast boy Luke Cusick, Enniskillen’s Matthew McCreesh and City of Derry’s Blake Chambers. In every match, Jonah showed the strength of character to keep fighting to the end, and narrowly won the third set tiebreak in each of his three matches. Matthew McCreesh did not go home empty handed clinching the Novice Boys Doubles with clubmate Charlie Cairns.

Ciara McGuinness and Carla Smith gained some valuable experience in the Novice Girls Singles. Ciara comfortably progressed to the final when she was narrowly beaten in 3 sets by Cavan’s Gabriella Pinhero.

In his summing up at the prize-giving, tournament organiser John Griffin paid tribute to Innes Redmond and Lakeland Veterinary Services for their generous sponsorship throughout the past six years. In addition, the work of Enniskillen’s coaches Matthew and Louise McGann was acknowledged in improving the standard of play at the club as was their encouragement of local children into tennis through their schools’ programme. John Callaghan junior committee member, thanked Monaghan Brothers  for supporting the raffle and to Lakeland Bikes, John J Sloane, Fletcher Golf, Daniel Anthony’s Hair Salon and CrossFit for donating prizes. 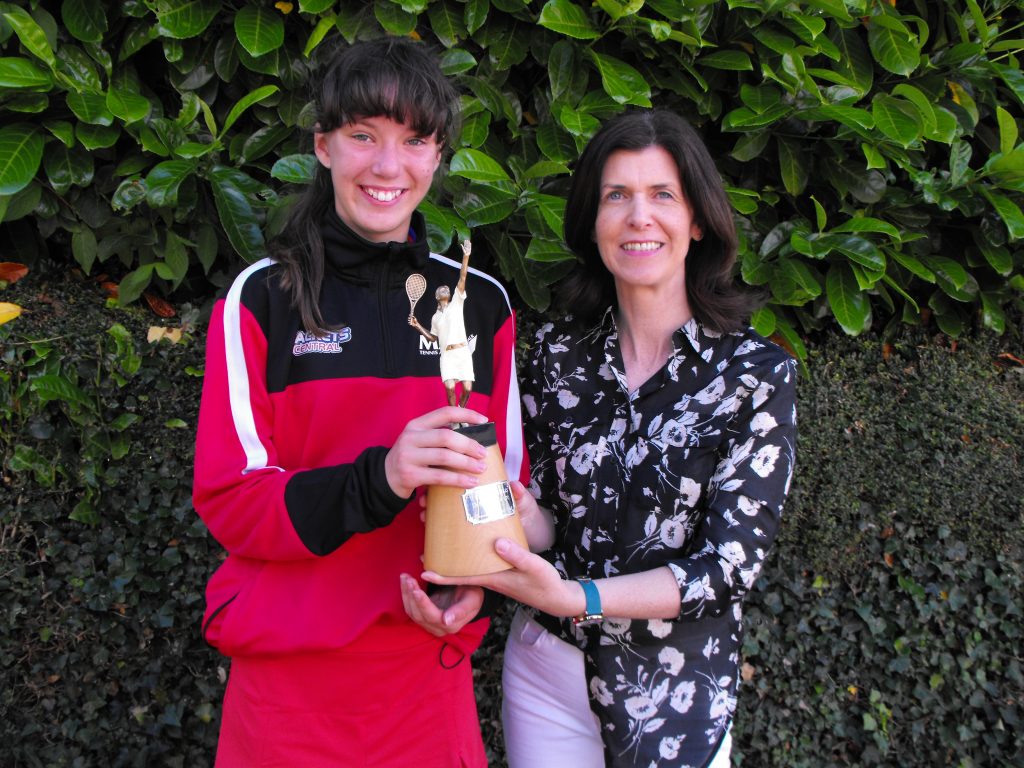 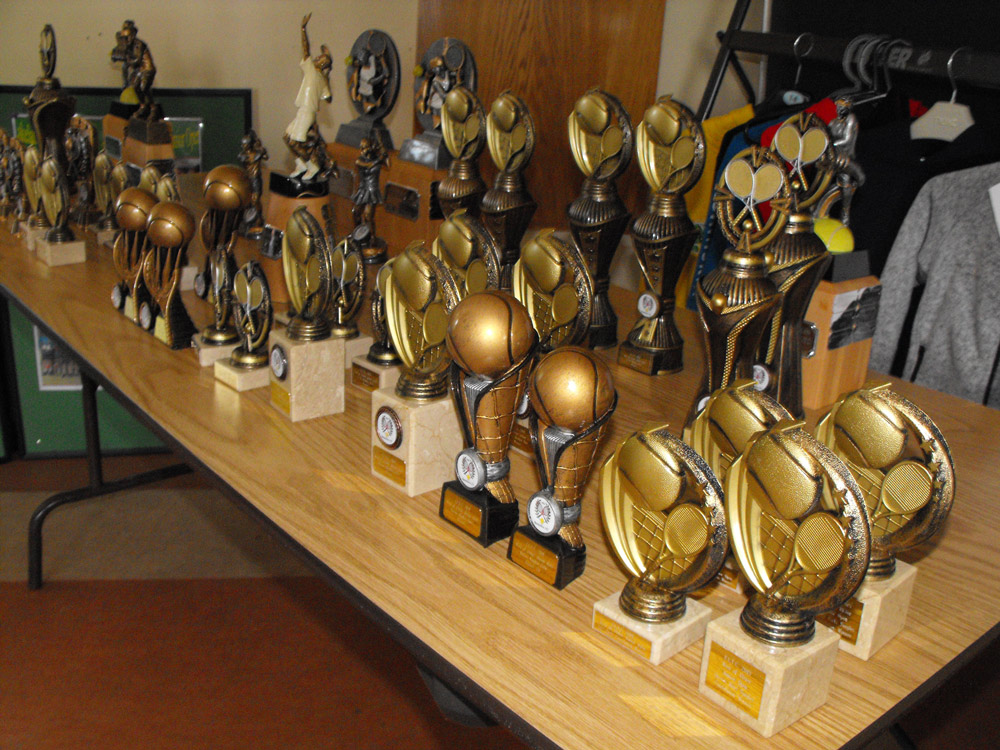 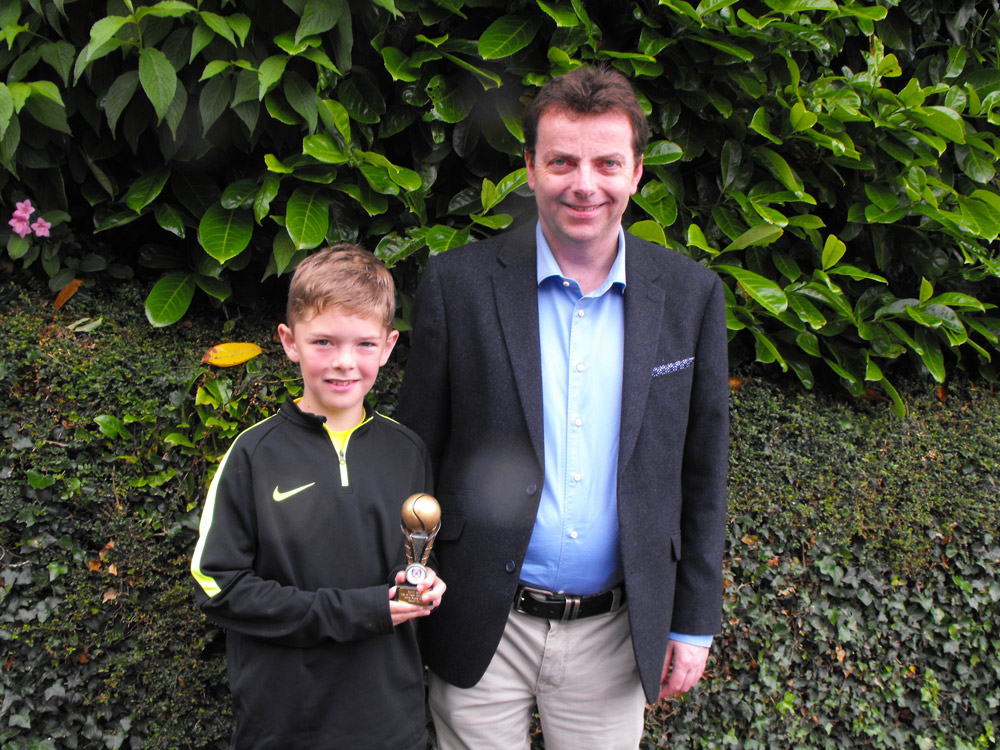