The West of Ulster Junior Tennis Championships took place last weekend at Enniskillen Tennis Club. The highlight of the junior calendar was once again sponsored by Lakeland Veterinary Services and saw clubs from all over Ireland descend on Enniskillen from Friday to Sunday. With so much play concentrated into a short period, it was no wonder that the clubhouse was packed with players and parents throughout the three day period. 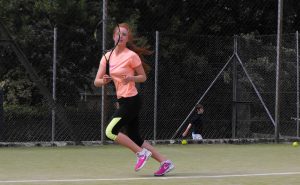 In the U14 Girls Singles, victory went to Eve Callaghan (Enniskillen) who came through comfortably beating Amber Young (Downshire) and the ever improving Brona Smyth also of Enniskillen. Eve continues to rise to new heights as her shotmaking increases in intensity and her level of consistency places added pressure on her opponents.  Eve teamed up with Brona in the U16 Girls Doubles and beat fellow clubmate Ciara Griffin and Amber to take her second title.

The U12 Girls Singles was won by local girl Aoibheann King whose closest match was against Letterkenny’s Andrea Cutliffe McGinley. Aoibheann has been improving steadily over the past year and shows considerable focus and determination in a match situation. This no doubt helped her to clinch the pivotal match of the group in a decisive third set tie-break against Andrea. However, Andrea did not go home empty handed as she teamed up with Beth Cottrell and the Letterkenny pair took the U12 Girls Doubles.

Local interest in the U18 Boys Singles centred on Conan Whitely of Irvinestown, the number 2 seed who progressed to the final with a comfortable win over Conall Murphy of Letterkenny 6-3, 6-2.  However he had to give way to Alexandros Stergiopoulos in the final who had knocked out the number 1 seed Michael Hatrick (City of Derry) in the semi-final. Alexandros (Donegal)  is one of the most improved players in the west and has raised his game to new heights over the past year. The U18 Boys Doubles saw the irresistible Conall and Michael get their revenge by shading out Charles Rodriguez and Alexandros in a cliffhanger 4-6 6-3 7-5. 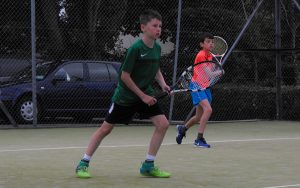 Kyle Deery and Rory Smyth- U12

The U12 Boys Singles final was won comfortably by the exciting James O’Callaghan-Maher (Cork) beating Drew McElrath (Downshire) in the final. James showed his vast 0potential in the U14 Boys Singles winning in a tense encounter with Ned Burke (Castlebar) 4-6 6-1 10-8. Kyle Deery was the local star of this event knocking out the number 2 seed Anthony Boyle in a three setter. Kyle coming from behind lost the first set 1-6, before steadying the ship to claw his way back taking the second set 6-1 and running out a 10-5 winner of the deciding championship tie-break.

The match of the tournament was in the U18 Girls Singles final between Dundalk’s Anna-Mai Mullen and Manorhamilton’s Katie McManus. Katie lost the first set 6-7 but bounced back to take the second 6-4. However it was Anna-Mai who proved the stronger in the third to clinch the title 6-3 in a match full of rallies of the highest quality.

The U14 Boys Doubles was won by the popular Conall McCaffrey and Kian McGrath. Conall has been one of the keenest of our junior members at Enniskillen and this is no small reward for the hard work he has put into his game. The pivotal match in this event was their 3 set win over Ace Rodriguez and Tommy O’Brien taking the third set tiebreak 11-9. 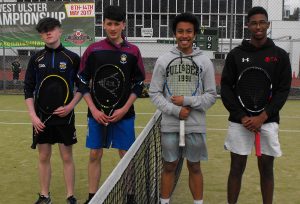 The Novice Boys Singles was won by the promising Oliver Manser of Mullingar who overcame Alex Holden of Irvinesown 6-2 7-6. The rallies were long and intense and Alex is certainly a name for the notebook. Angelina Gcado Okandebele (Irvinestown)deservedly  took the Novice Girls Singles over Omagh’s Tori Dillon.

At the presentation, John Griffin (Junior Co-ordinator)  paid tribute to all those who continue to support the tournament from all parts of the country. The level of tennis played continues to rise and the atmosphere created by all those who come to enjoy a feast of tennis is something to savour. He paid tribute to the sponsor Lakeland Veterinary Services for their continued support represented on the day by Sonja Hateboer. Also to the club coaches Matthew and Louise McGann for the hard work they put in over the years to attract young people to the sport and to raise their levels of performance throughout the year. A raffle organised by John Callaghan with a generous donation from Monaghan Bros of Lisnaskea was also acknowledged at the presentation.

The visit of Tennis Ireland president Clifford Carroll and his wife during the tournament was a very welcome surprise. Having travelled up from Cork, it was particularly encouraging to see at first hand the interest that the recently elected president was showing in the development of tennis throughout the country. 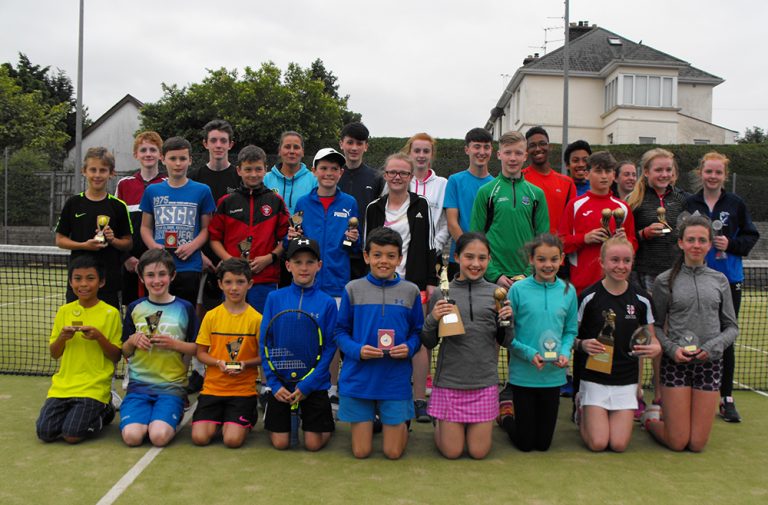 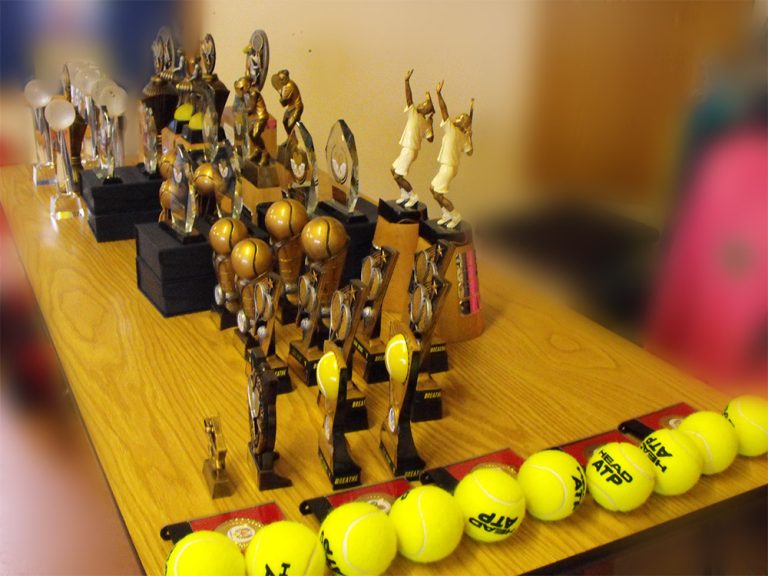 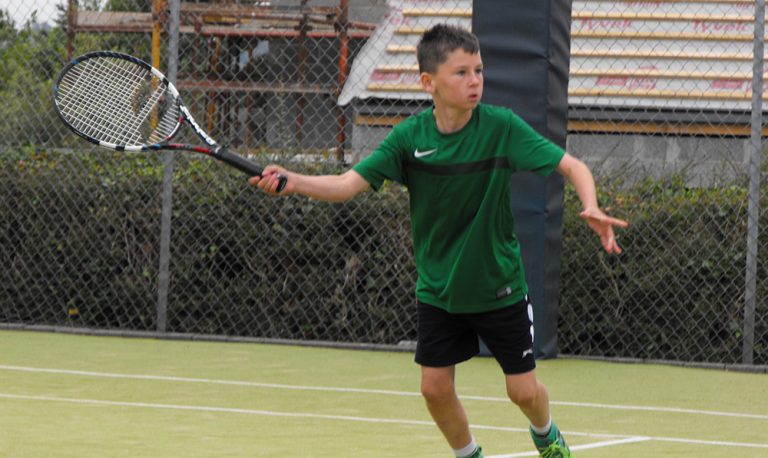