Oliver and Megan tops in Round Robin 2011

Home 2011 Oliver and Megan tops in Round Robin 2011
NextPrevious

Oliver and Megan tops in Round Robin 2011 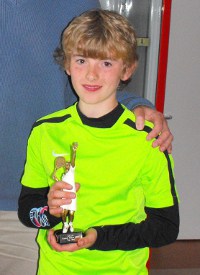 After some 14 weeks of competition, the third and final round of the FR Cathcart Home Design Centre Junior Round Robin was completed recently. Top girl was Megan Elliott who amassed the highest total of points of any girl. Megan through practice, coaching and no small amount of determination won all but one of her matches. Likewise, Oliver Guette won all but one of his matches and emerged top boy. Oliver has been playing well this year and this was evident by some fine performances in the recent West of Ulster Junior Championships. Headon Hughes Jordan and Aran Dillon also finished high up the rankings as did Amy Griffin, Sasha Funston, Jared Monaghan and Fergal Quinn. There will be more competitions in the weeks ahead for many of our juniors and the next major event at the Enniskillen club is the Junior Closed Tournament at the end of September. 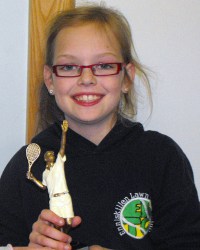